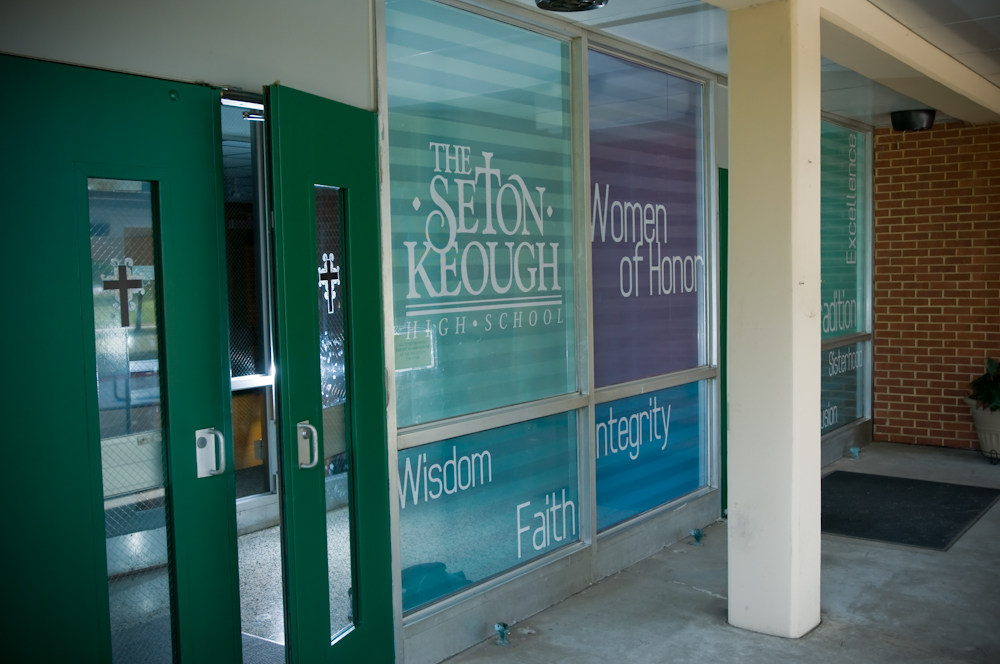 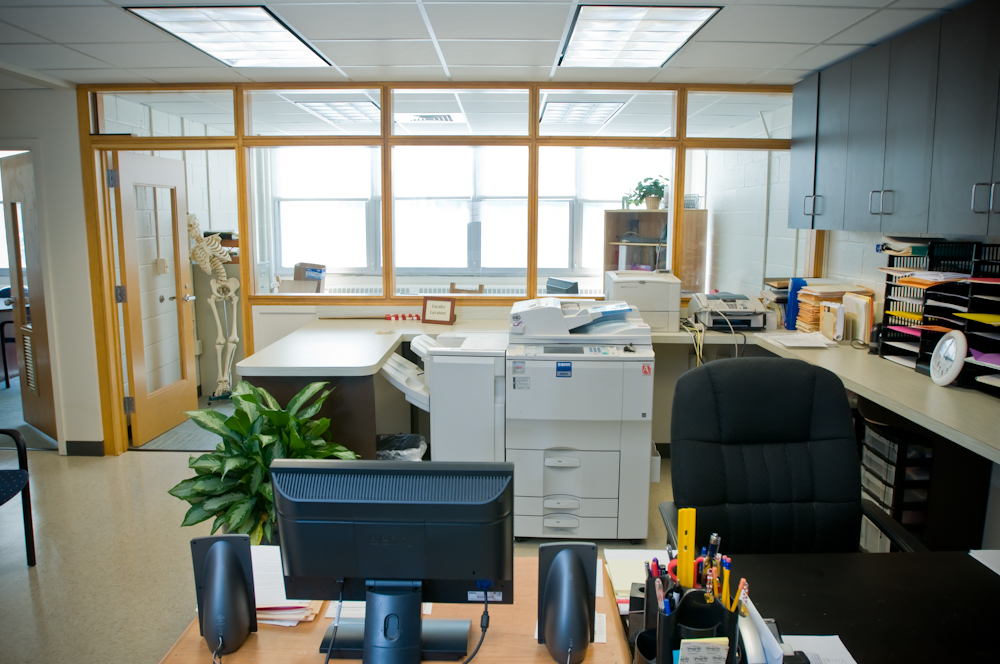 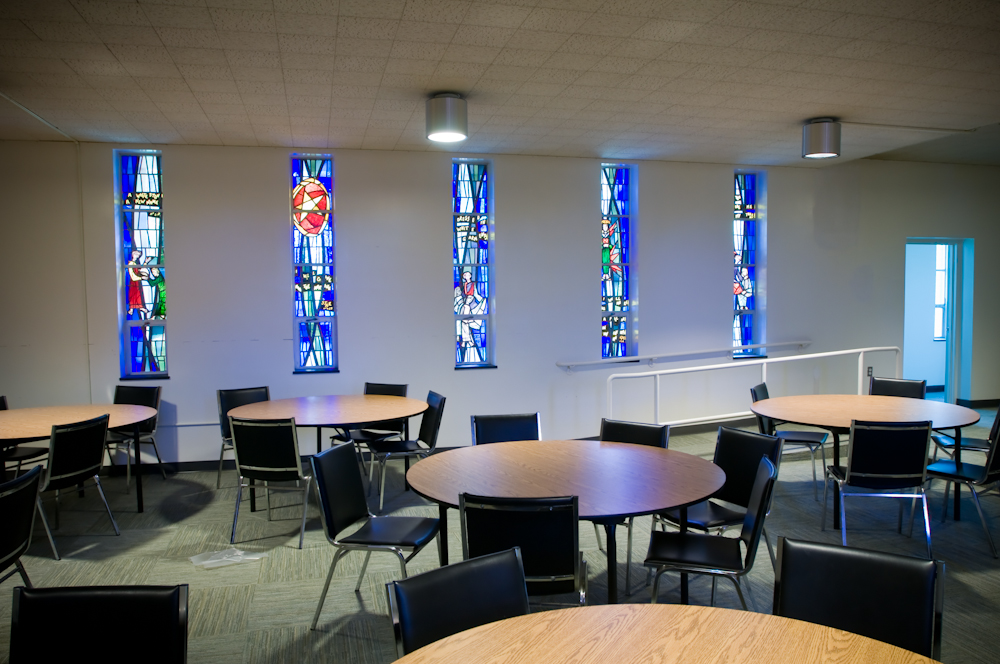 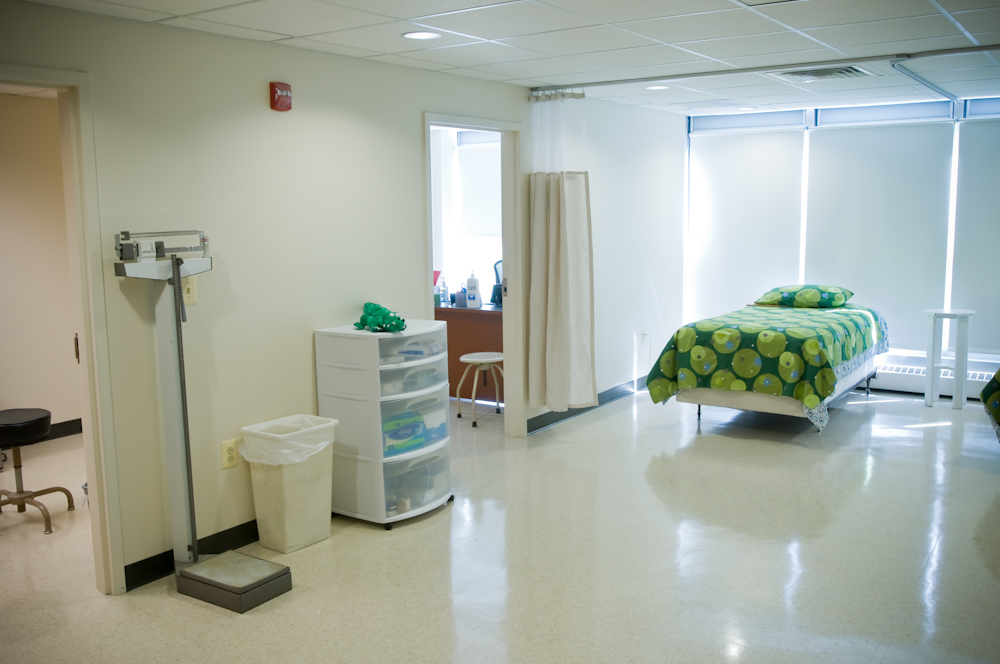 CAM was employed as the CM at Risk to convert a portion of the Seton Keough High School into the new Holy Angels Catholic School, for this fast track project to accommodate the relocated pre-school, kindergarten or elementary school children. CAM committed to and met their commitment to meeting the very stringent deadline of less than two months for opening the new school

While few exterior modifications were required, the entire new school needed to be separated from the high school’s interior, complete with fire separations and fire alarm upgrades throughout. Asbestos needed to be abated, classrooms and restrooms needed to be created or modified and new restrooms were added to meet the needs of the new elementary and pre-school students.

The seven existing “gang” restrooms were completely gutted and reconstructed with all new fixtures, partitions and accessories, and ceramic tile floors installed. The administrative area for the high school needed a facelift and a portion of the former convent was also renovated for use as office space.

New administrative offices were constructed to accommodate the Holy Angels Catholic School staff and a new Health Suite was constructed to serve both schools. CAM renovated two existing classrooms for use as a Computer Lab and Library, also adding air conditioning to the space, and several of the existing rooms were converted for use as Pre-K and K classrooms. All new IT cabling and systems were installed throughout the school and fire separations at both the corridors and all staircases were constructed to meet new fire code regulations. Additional fire alarm work needed to receive a certificate of occupancy was added to the scope during the course of the renovation. Not atypical of most renovation projects, CAM was charged with adding work to that which had been designed – an increase of more than 40% if the cost of the original project in added scope or work necessary due to the discovery of unforeseen conditions – all without the ability to add time to an already foreshortened schedule. For example, previously unforeseen asbestos containing materials were abated under full containment regulations as an addition to CAM’s scope of work.

The existing school structure now has two separate and secure entries – one for each of the schools – distinctly different classrooms, administrative areas, restrooms and the like, and is able to share the auditorium and athletic facilities without interrupting the curriculum of either of the schools.

Even though the teaching ends in June each year, a school remains occupied throughout the summer break and CAM was able to complete their work throughout all three floors of the building without adversely impacting the school’s summer schedule. CAM’s commitment to “doing what it takes” to meet a schedule was once again repeated when the staff and students returned on time to the newly renovated schools.